Concerns are growing over the relationship between the United Kingdom and Russia following the attempted murder of ex-Soviet spy, Sergei Skripal and his daughter, Yulia.

The targets of the attempted murder – Mr Skripal, 66, and his 33-year-old daughter  – remain in a serious condition in intensive care. They are both understood to be in a coma.

Scores of counter terrorism officers and investigators have been drafted-into a major crime investigation.

Professional consultant on Terrorism Law & Policy, Dr. David Lowe, warned against a a knee-jerk reaction.  He said: “First of all we’ve got to make sure there’s evidence that Russia was involved because at the moment it’s pure speculation.

“This is a type of toxin that has, in the past, been produced by a state, so now the investigators will be looking for a connection between that toxin and Russia. 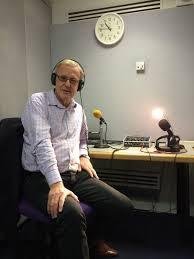 “If it is to do with Russia, what can the UK Do? We’ve the lowest relations we’ve had for many years so it’s a difficult question that the politicians and diplomats will have to face.”

Relations between the UK and Russia are already highly strained following the murder of ex – KGB agent Alexander Litvinenko, and the military backing of Syrian President, Bashar Al-Assad.

Diplomatic backing for England’s participation in the World Cup is also in doubt following the attempted murder that happened in Salisbury, with Foreign Secretary Boris Johnson suggesting that the government may not be officially represented at the tournament.

Dr. Lowe, a former law Professor at Liverpool John Moores University said; “I will be disappointed if it did affect England going to the World Cup. If there is a proved link, what we will see is that there will be no UK dignitaries going, so we will be unlikely to see the Prime Minister of the Foreign Secretary and maybe members of the Royal family that is what we will be unlikely to see. I will be surprised if the Government put pressure on the FA to stop England going to the world cup.”

MerseyDays has been out and about to test the mood of people in Liverpool to the crisis. Liverpool-born Scott McDowell told us: “I don’t think it will help the relationship. This is probably the way in which different Governments behave. I remember years ago the CIA tried to poison Fidel Castro in the same kind of way so I think all these fairly brutal Governments probably behave like this. It obviously steps up the tension and it is brutal, barbaric. It wouldn’t surprise me at all if our Government were doing the same thing to their spies in Russia.”

Derek Jones from Kirkdale told us; “Theresa May and her cabinet will make a lot of noise and let off steam but at the end of the day I think it will just be more heat than anything else, maybe make some token gestures, but I suspect nothing will happen really regarding the World Cup.”